Frequent changes in the operating modes pose significant challenges in the development of a pump-turbine with high efficiency and stability. In the current publication on Investigation on Flow Characteristics of Pump-Turbine Runners With Large Blade Lean in the Journal of Fluids Engineering, two pump-turbine runners, one with a large positive blade lean and the other with a large negative lean, are investigated numerically and experimentally. These two runners are designed by using the optimum stacking condition at the high pressure edge (HPE). The experimental and the numerical results show interesting outcomes on efficiency performances and pressure fluctuations. The internal flow field analyses clarify the effects of the blade lean on the pressure distribution around the runner blades. In the turbine mode at partial load, the negative blade lean can control flow separation in the high pressure side of the runner and then reduce the pressure fluctuations in the vaneless space. 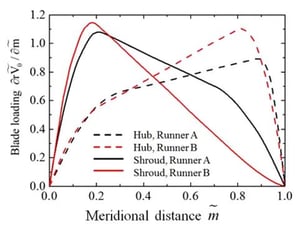 Pumped storage power stations are experiencing rapid development in China with the increasing development of smart grid and extensive development of nuclear and wind power stations for renewable energy. As a key component of the mechanical part of pumped storage power stations, the reversible pump-turbine has the function of water pumping and electricity generation as the load varies in the electricity grid. High efficiency, no cavitation, and good stability are important standards to evaluate the performance of a pump turbine unit. Compared with the efficiency and cavitation, it is difficult to evaluate the hydraulic stability due to its unstable characteristics in the design stage. 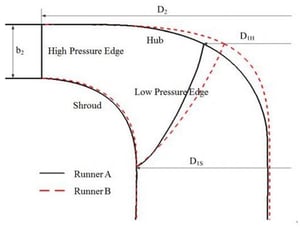 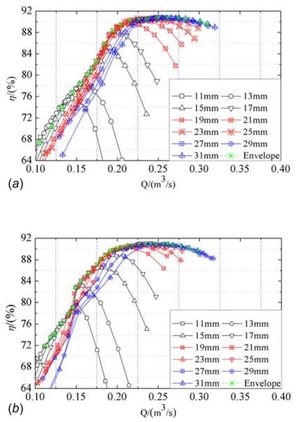 Many studies have been done on the RSI’s mechanism and characteristics in pump-turbines. However, few investigations have been made in the design stage to reduce the pressure fluctuations and their unsteadiness. Larger vaneless space and higher height of the guide vanes can bring down the pressure fluctuations in the vaneless space.
However, these parameters inevitably affect the efficiency of the pump-turbines. Leaned blades have been used extensively in turbomachinery over the last couple of decades. The main effect of the blade lean is to introduce a spanwise blade force, and then the loading distribution on the blade surface is changed. Blade lean can be used as a powerful tool to control blade loading, discharge angle, and mass flow distribution along the span. It has been noticed that the lean at the high pressure edge (HPE) on the runner can disperse the flow impact between the guide vanes and the runner blades in the pump-turbine.
In this paper, two reversible pump-turbine model runners, one with a big positive blade lean and the other with a big negative blade lean, are investigated. Both experimental measurements and numerical simulations are made for these two runners. The characteristics of efficiency and pressure fluctuations are presented and the effects of the blade lean angles on the internal flow field are discussed. The results offer guidance to reduce the pressure fluctuations in the pump-turbines while maintaining higher efficiency. 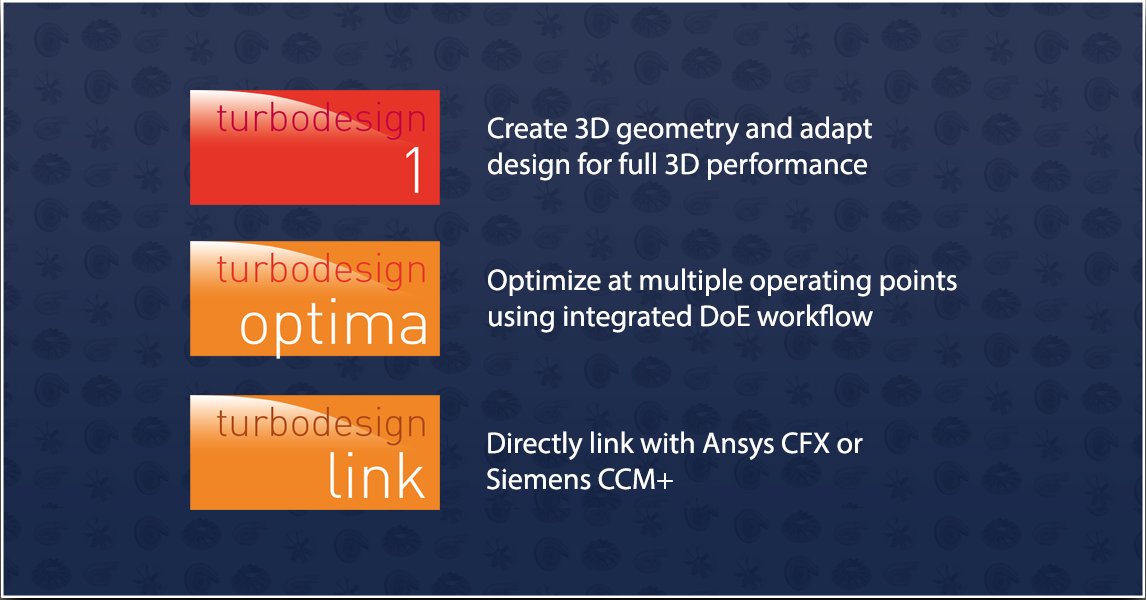 At ADT we deal with many complex turbomachinery optimizations. Here, we discuss multi-objective pump optimizations using the 3D Inverse Design... 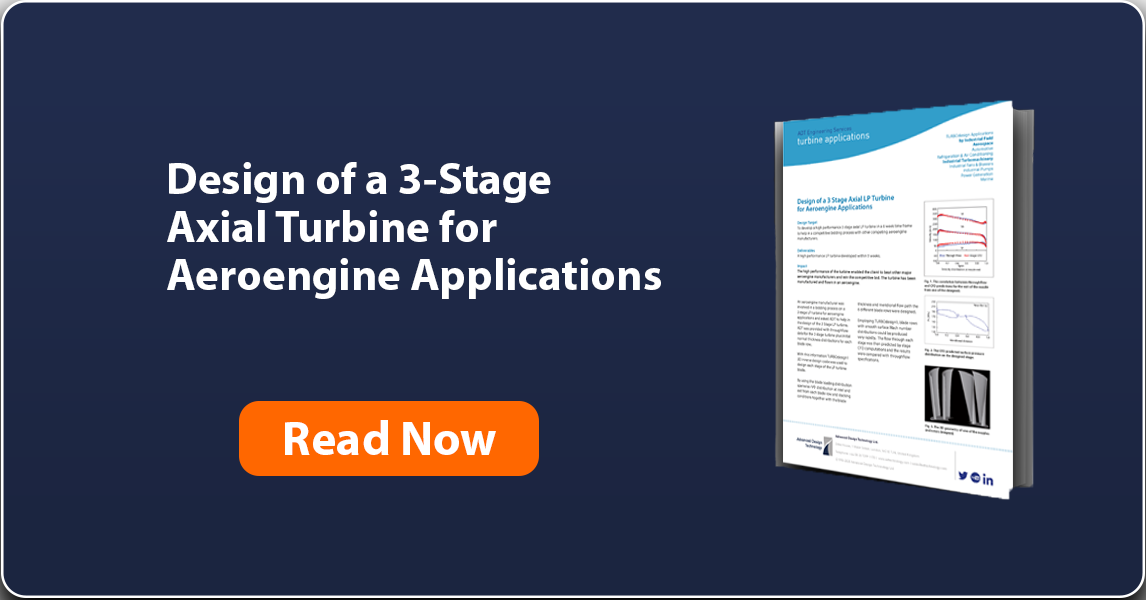 Design of a 3 Stage Axial Turbine

An aeroengine manufacturer was involved in a highly competitive bidding process on a 3 stage LP turbine and asked ADT to design the turbine using... 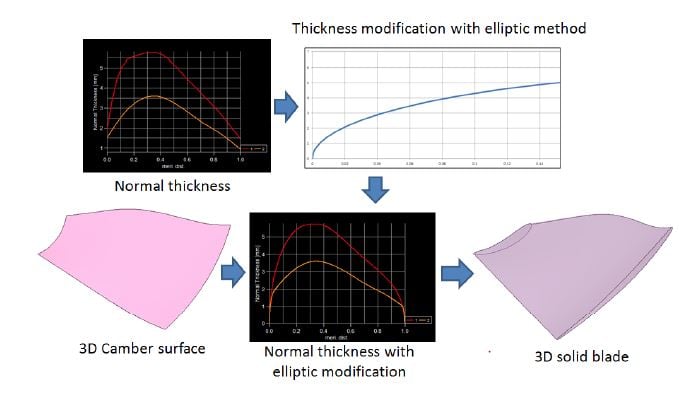 How to Create Robust Modelling and High Definition Blade Geometry

In the last blog, we highlighted the new modules in TURBOdesign Pre for the meanline design of axial fans and pumps stages and predicting the...