ALPHEUS is a €5m project funded by the European Union's Horizon 2020 program. In this post we explain the aims of ALPHEUS and each of the engineering components.

Renewable energy, especially wind and solar, is essential for our global efforts to decarbonize and slow the rate of global warming. However, the current electricity grid is unable to handle the intermittent nature of these energy sources, as the consumption of energy by industries and individuals often does not coincide in time with the generation of energy by the wind or sun.

When electricity consumption is greater than generation, peaking (or backup) power supplies are needed. In wet mountain regions such as Norway and the Alps, Pumped Hydro Storage (PHS) is used for this purpose. Water is pumped to reservoirs on mountain tops during times of excess power generation, then run through turbines back down to reservoirs in valleys during times of excess power consumption. This is the most efficient, mature, and lowest cost (both in terms of Euros and carbon emissions) means of energy storage, which is why over 95% of worldwide utility-scale energy storage is PHS. 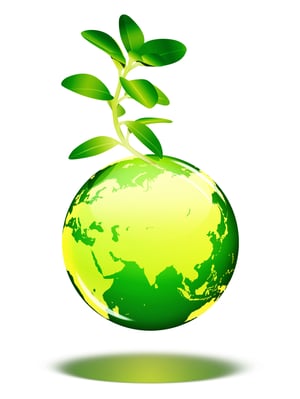 However, the Netherlands, Belgium, and other low countries do not have the natural topography needed for PHS, so utility-scale backup supplies there are almost exclusively fossil fuel (gas, coal, oil or diesel) thermal power plants. Recently, lithium batteries have made rapid progress toward higher efficiency and lower initial costs, but their lifetime is much shorter and carbon footprint much greater than PHS. For example, Barnhart et al. (2013) showed that the Energy Storage on Investment (ESOI), which represents the ratio of total energy stored over a battery’s lifetime to the energy required to fabricate the battery, is 32 for a Lithium-ion battery, but over 700 for a PHS facility. Similarly, Nikolaidas and Poullikkas (2018) found that the Energy Capital Cost distributed over the lifetime of a Lithium-ion battery ranges from $7.5-$104 per kWhr-cycle, while the cost of PHS is $0.02-$1.5 per kWhr-cycle. Therefore, development of PHS that's feasible for the low countries would be beneficial for both the environment and the economy.

The main challenge to pumped hydro storage in the low countries is the lack of suitable Reversible Pump-Turbine (RPT) technology that can operate with high efficiency in both pump and turbine modes at low heads. Traditional PHS uses Francis RPT’s, which are efficient at heads greater than 20m. Kaplan Bulb RPT’s have been applied for low-head applications, but suffer from low efficiency when pumping. Therefore, ALPHEUS sets out to develop two novel RPT technologies for high efficiency at low heads in both pump and turbine modes. To do so, ALPHEUS consists of engineers and scientists from 4 disciplines: mechanical engineering, electrical engineering, civil engineering, and fish ecology. The €5M ALPHEUS project is funded by the European Union’s Horizon 2020 program, and coordinated by the Delft University of Technology.

In the mechanical engineering component of ALPHEUS, the Norwegian University of Science and Technology, Chalmers University, and Advanced Design Technology apply Computational Fluid Dynamics (CFD) to design a counter-rotating propeller RPT and a positive displacement RPT (similar to a screw or lobe compressor). CFD allows the designs to be optimized for efficiency, while structural analysis determines the robustness of the designs during rapid switching between turbine and pump modes. Rapid switching between modes is necessary if the PHS facility is to be used for grid frequency regulation in addition to daily or longer term energy storage.

In the electrical engineering component of ALPHEUS, Ghent University and Uppsala University draw on their expertise from the wind turbine and hydropower fields to develop a variable speed power takeoff (PTO) and control system for the turbine. This aims at high efficiency of the motor/generator, along with robust control of the flow through the system for maximum power. The PTO is then tied into a model of the electricity grid, and the effect on the grid assessed by the Technical University of Braunschweig. This allows assessment of the response of the larger electrical grid and electricity markets to decentralized energy storage in the low countries.

In the civil engineering component of ALPHEUS, the University of Stuttgart, Delft University of Technology, IHE-Delft, Technical University of Braunschweig, and the University of Pau and the Adour Region assess sites along the periphery of the North Sea for application of low head PHS. Conceptual designs of new and retrofit low head PHS basins are drafted. New structures encompass dike rings in the North Sea, including Dutch and Belgian ideas such as Plan Lievense and the North Sea energy island. Retrofits encompass concepts including the utilization of existing or proposed storm surge barriers or other structures, such as the Delta 21 Valmeer scheme. Comprehensive design of mechanical, electrical, and civil components allow costs of these schemes to be determined, and physical and economic risks assessed.

As with all hydropower-related projects, a major concern is fish mortality, so Tuscia University investigates the effectiveness and limitations of fish-friendly RPT’s vs. fish screening technologies. They work with BT Projects and the Dutch Tidal Technology Center at Grevelingendam to sample effects of screens on fish at a tidal sluice.

Finally, the efforts of ALPHEUS come together in the construction of a complete 50 kW physical model of both the turbine and the PTO, for each turbine type (counter rotating prop and positive displacement). These will be tested under realistic head and flow conditions in the hydraulics laboratory of the Technical University of Braunschweig. Results from the model test will feed back into the mechanical and electrical engineering components of the project, which aim for the conceptual design of a 10MW prototype RPT unit (for comparison, 10MW is the capacity of a large modern wind turbine).

Along the way, ALPHEUS will be monitored and kept on a useful track by an external expert advisory board consisting of EDF, The Blue Cluster, Geisseler Law, Tennet, HydroCoop, and Rainpower. The completed model-scale RPT validation, together with the prototype-scale design, aims to bring low head PHS to a technical readiness level appropriate for prototype construction and grid connection. With the increasing penetration of intermittent renewable energy sources in the grid, such storage will benefit grid stability and security, as well as the economy and environment of the low countries.

We're going to be posting regular updates on the progress of ALPHEUS once it gets underway in April. To get these updates straight into your inbox, drop your email in the form below.

In the meantime you can also learn more about the 3D Inverse Design method.